When I first started painting I went on a quest for the perfect red — little did I know that I could mix red from magenta and yellow — and I knew nothing about pigment numbers.

Yes, everything I learned in school was wrong — red is not a primary color since it can be mixed from magenta and yellow. When I first tried this my mind was blown! Try it yourself and watch the magic happen.

I purchased so many tubes of red paint to try before I learned about pigment numbers, and I unknowingly bought several tubes that were the same exact pigment — just called by a different name. Don’t let this happen to you! 🙂

A pigment number refers to the pigment powder that the paint is made from — see this article from Bruce at handprint.com for all the nitty gritty details. His site is such a good reference, can’t recommend it enough. The pigment number can be found on the side of the tube and now that I know better I pay attention to this way more than the marketing name of the paint.

Here are some swatches of PR209 and PR254 from different brands. They might handle a little differently since each manufacturer uses it’s own process to turn the pigment powder into paint, but they’re super close in color. If you’re on a mission to find your perfect red you owe it to yourself to check out the pigment numbers so you don’t get duplicates.

So since we can mix red, why do we need red paints on our palette? Much like premixed greens, they’re super handy to have and really come in handy for florals and special projects.

Here are a few from my stash that I gathered for a Valentine’s Day project:

Here’s a bit about each one:

So there you have it. Which reds are in your palette? I’d love to hear!

Good post. I’m dealing with a few of these issues as well..

Have you enjoyed a blog post or learned something useful? Consider leaving a tip to help with website hosting costs. Thanks so much for your support!

I’m super excited to share that I wrote an e-booklet: Nature Spots! What are nature spots, you ask? They’re spots of color to mark your observations while out in nature. Find out more >>

Use code LISAFAN10 for 10% off your purchase of an ArtToolkit, palette, or mixing pans.

Full disclosure: I'm a Brand Ambassador for Art Toolkit and I’ll receive a small commission at no charge to you if you use the code — thank you so much for your support. I've been using these palettes since 2018 and I truly love them. Reviews here are my own.

A Field Guide to Watercolor Brushes 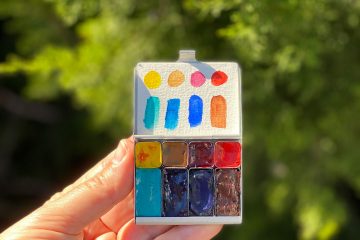 My Palette for the Nature Spot Challenge

I had so many requests for info on the little palette I’m using for the Nature Spot Challenge — so here you go! Colors are: DS = Daniel Smith, WN = Winsor and Newton Just Read more… 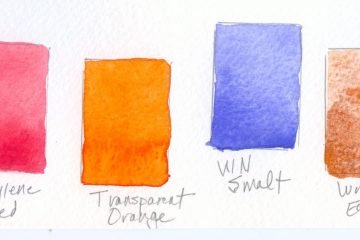 What’s On My Palette?

Choosing paints to put on your palette is very personal — it depends on where you live, what you like to paint, how much you enjoy color mixing, and more. Someone who does botanical art Read more… 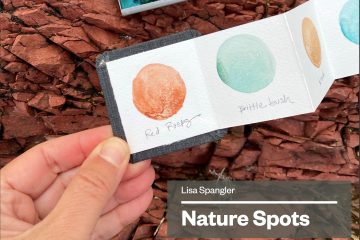 What are nature spots, you ask? They’re spots of color to mark your observations while out in nature. Be it a flower, butterfly, amazing rock formation or magnificent mountain, nature spots are a great way Read more…